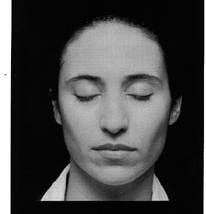 States and Mexico. In 1918, neighbors from the border towns of

Nogales, Arizona and Nogales, Sonora shot at each other for a day.

Among the many citizens who lay dead was Maria Esquivel, who

"returns" in the present to interview surviving witnesses, all now 80

to 90 years old. As a stymied historical detective Maria wrestles with

the failure of Nogales' citizens' accounts to coalesce or recollect her

and her absence in the local archives and films. Unable to uncover

her past, Maria takes history into her own hands.

La Mera Frontera is currently being shown in limited engagements at film festivals in California and Europe.

Santiago, A. Corbin, performed by Territorial Brass (recorded for soundtrack, but not included in finished film)

Available as Volume 2 on CD "Distant Horns, Vols. 1 & 2", which is currently out of print as a CD, but available for download on iTunes.
Listen to excerpts on iTunes.